As is known, black pepper has a strong, spicy taste, slightly softer than white pepper, but more powerful than green and red pepper. For € 1.55 you can buy 50 grams of black pepper at the herbsking.

The pepper plant is a pendulum plant that can reach a maximum height of 15 meters. It grows in the shade. The plant needs a lot of moisture and a high temperature. The plant bears berries of around 5 mm in size. The green berries grow in clusters about 12 cm long, such as currants. Because they each undergo a different treatment, there are four different types of peppercorns from this plant: black, white, green and reddish-brown. Spanish and pink pepper come from another plant.

Black pepper originates from the unripe harvested green berries, which turn brown to black on drying. The outside of the black pepper is wrinkled. Black pepper is a spice used in the kitchen with a sharp taste. Pepper grows like berries on the tropical pepper plant, (Piper nigrum). The sharp taste of black peppercorns is caused by the piperine component. Pepper comes in different color variants, black, white, green and red. Chili, which is also red, comes from a completely different plant species. The sharp taste also comes from another substance, namely capsaicin.

Black peper is already known from ancient Indian writings in Sanskrit, where it was called pipali. Via Persia, the use of pepper reached the Egyptians and the Ancient Greeks. The Romans called the condiment Piper, from which the Dutch word pepper comes directly. In Greco-Roman cuisine, the long pepper (Piper longum) was also used, a pepper that tastes sweeter and is peppery only in the aftertaste. This pepper is now difficult to obtain, but it is still used in Chinese herbal medicine. The maniquette pepper, which returned to Europe via the west coast of Africa in the 15th and 16th centuries, was also eaten in Greco-Roman times. The Romans preferred white pepper to black peper.

Storage advice: store in a cool, dry and dark place. 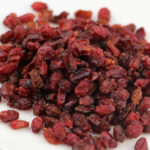 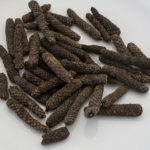 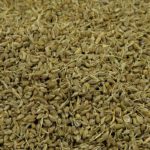